I spent three days each in Maribor and Ptuj following one of the itineraries suggested by Lonely Planet.  I had planned on visiting Maribor because of the Synagogue and Ptuj is the oldest city in Slovenia and close to Ormoz -- allegedly is the "jumping off point" for wine country hikes.

I loved Maribor - two great museums and  a wonderful city park.  I stayed at a terrific hostel owned by a couple from Brazil. He is the captain of the Maribor soccer team and I think she is a former model. They say they are Sephardic Jews (as does the rest of the staff). When they found out I was Jewish they invited me to a game and I got to sit in the VIP section with the players' families.   Maribor won 1-0 and my host scored the only goal.  Lots of nice people to hang out with but it was too hot to do much hiking.

Ptuj is very small but it does have a decent museum at the castle and I found a good art exhibit at the monestary. I regretted missing the hiking in Maribor so I decided to take the train to Ormoz and hike the wine trail. I had a hiking map, information from the Ptuj tourist office,  and I knew there was a tourist information center in Ormoz.  I had also heard it was a holiday (explained to me as "Mary goes to heaven day")*.  I did not anticipate that almost the entire town, including the information center, would be closed down. I found the sign post for the hike I wanted but as far as I could figure out, the hiking trail was just the shoulder of one of the main roads. I never saw a winery or a vineyard. After a couple of hours I returned to town and spent the rest of the afternoon hanging out at the  local pool.

●   Always double check to make sure that you get off at the right train station, not the one   three miles away from where you are going.

●  Try not to travel on the weekend in Slovenia

At the soccer game 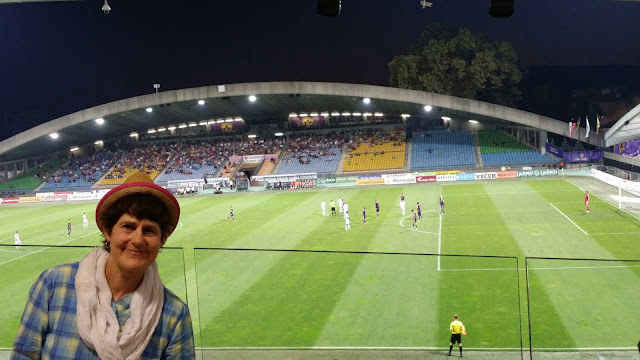 Art exhibit at the monestary 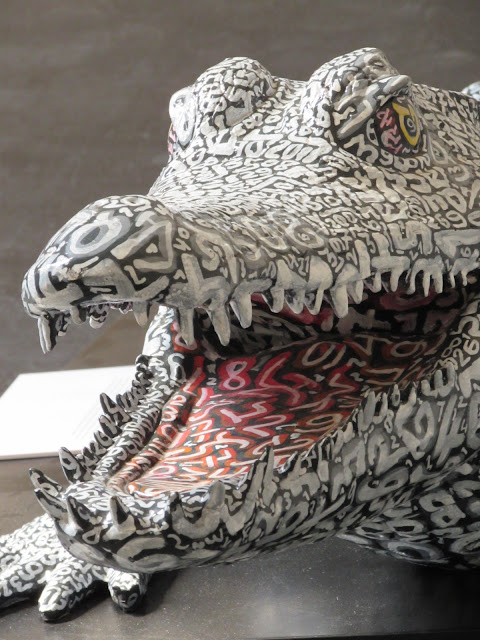 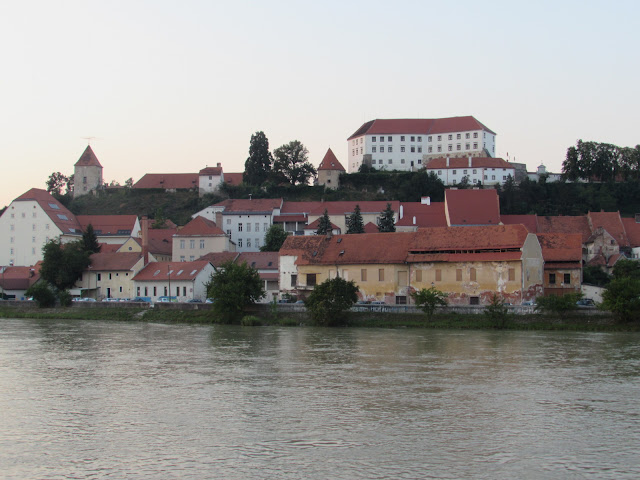 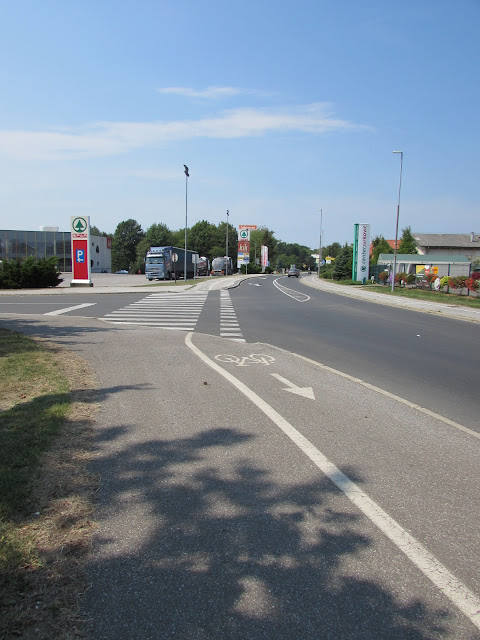