I had a week before I needed to be in Romania for my volunteer assignment and after considering northern Romania and Serbia, I decided on Ukraine.  It was easy to get there from Lithuania and I thought it would be even easier to get from Ukraine to Romania.  I booked a cheap ticket from Vilnius to Kyiv* and found a bus from Kyiv to Odesa.*  Traveling from Odesa to Bucharest was not so easy.  I had a choice of a two day train/bus trip with an overnight stop in Chisinau, Moldova (being careful to take the bus that did not go through a disputed territory) or two flights.  Even though the flights were relatively expensive, it was worth it to have an extra day in Odesa.

The first three countries I visited had one currency, a familiar alphabet and English was widely spoken.  The next three countries had three different currencies, two different alphabets, five different languages** and a more challenging and entertaining travel infrastructure.

I am used to traveling in Romania and Bulgaria but Ukraine was new to me.  I had to get used to minibuses that were numbered but not listed on on bus stop signs and very confusing methods of payment.

Lots of things were labeled but most of the signage was in Cyrillic.  Luckily for me, this one was in English or I never would have known what it was. 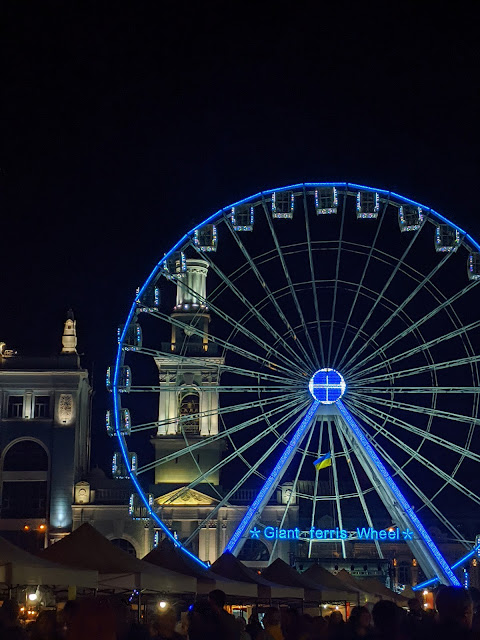 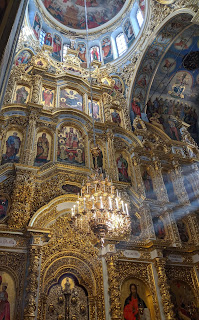 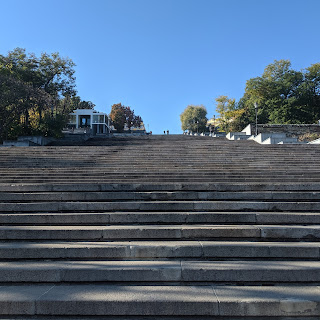 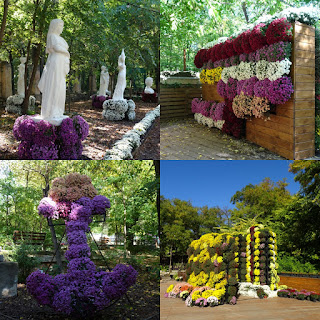 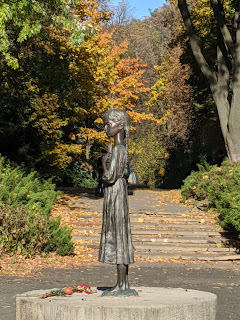 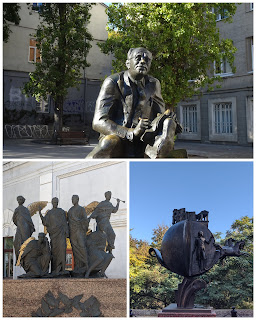 I was excited to return to Romania and my volunteer teaching assignment in Csíkszentsimon.  This time I stayed in the volunteer accommodation in Csíkszereda, the closest town.  I had a great week.  I learned a little Hungarian, taught several classes at the school, achieved my goal of visiting the local beer factory, reconnected with the teachers and ate some of my favorite food. 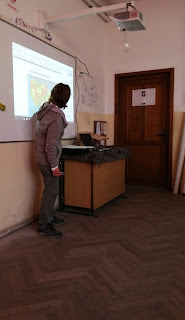 Me at the beer factory: 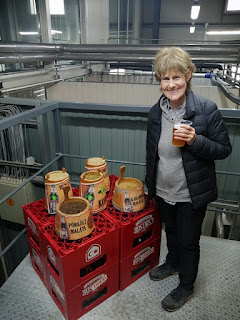 Me (not pictured) enjoying my second autumn of 2019: 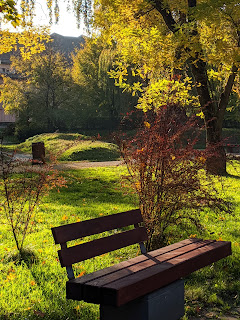 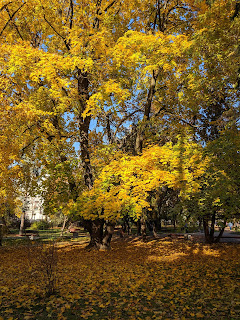 I spent two days in Bucharest before leaving for Bulgaria.  My hostel was wonderful and I got a chance to explore different neighborhoods, shop and eat some more of my favorite foods.  I was lucky enough to see a performance in Yiddish (with English subtitles) at the Romanian State Jewish Theater.

I had to take the overnight bus to Sofia but luckily a guy at my hostel was taking the same bus so I shared a midnight Uber ride to the bus station and the bus ride with someone I knew.  Once in Sofia I immediately took a bus to Plovdiv, one of the 2019 European Capitals of Culture.  It was a very quick trip but I got to stay at my all-time favorite hostel, revisit my favorite place for shawarma and do a little more shopping.

Sofia was the perfect place to end my trip.  I visited in 2015 and 2019 so this time I didn't have to run around sightseeing and taking pictures.  I did visit a great new museum, the Red Flat - Everyday Life in Communist Bulgaria, a re-creation of a 1980's apartment.  I went back to Rila Monastery for the third time, visited the Boyana Church and of course, ate at some of my favorite restaurants.

Rila Monastery, this time in the fall: 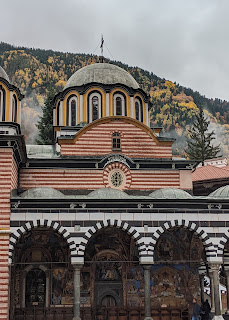 Monument of Stefan Stambolov, a Bulgarian politician who was assassinated (I am sure you can figure out how) in 1895: 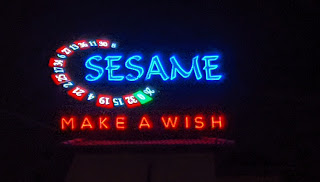 *   Preferred spellings
** Ukrainian and Russian in Ukraine, Hungarian and Romania in Romania and Bulgaria.